Woodinville Baseball Club (WBC) is excited to announce the hiring of Shea Donlin to coach the 13U team. Shea is a proud WBC alumni who played during the summers of 2007-2010. He won state championships with the club in 2008 (Koufax) and 2009 (AA Legion). After WBC, Shea played for one of the strongest select baseball programs on the west coast, Taylor Baseball, in the 2011 and 2012 summers. He was a part of the 2011 team that won Taylor’s first USABF National Title in San Diego, California. During his tenure with Taylor, the team won 7 tournament championships throughout the west coast, 4 of which Shea was named MVP. One of those MVPs includes the notorious Brandy Pugh Tournament in 2012. Shea graduated from Woodinville High School where he was captain of the Baseball team under WA Hall of Fame Coach, Terry Agnew. In his senior season, Shea lead the team in batting with a .511 clip earning 1st Team SS KingCo honors.

Shea earned a scholarship to play at Washington State University where he had a career .326 OBP% in the Pac12 under head coach Donnie Marbut. His college summers were spent playing in the competitive New England Collegiate Baseball League for the Newport Gulls. He spent 3 summers with the program earning two trips to the league All Star Game in 2013 and 2015. In 2014, the Gulls won the NECBL Championship where Shea lead the team with a .389 clip in the postseason. He finished his career with the Gulls in 2015 with a .341 batting average.

Once Shea finished his playing days, he coached the infielders and hitters of Taylor Baseball in the program’s final summer (2018).

Shea currently resides in Bellevue, WA where he works in IT at the company Qumulo Inc. 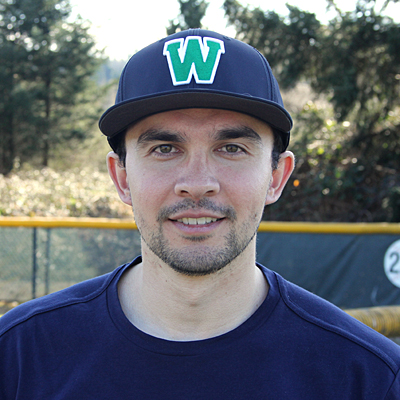